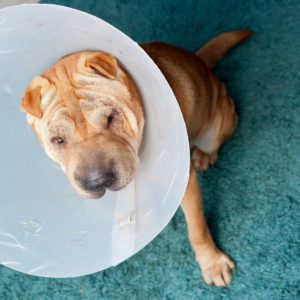 Q: We are having problems with the incessant barking of our seven dogs, which is disturbing the entire neighborhood. We want your views with respect to debarking or devocalizing. Is it a complicated procedure? Does it harm the dogs in any way?

A: Devocalization of dogs is a common veterinary procedure in most cities. This is accomplished by performing surgery on a dog’s vocal cords under general anesthesia. One method involves operating on the underside of a dog’s neck, cutting into the voice box to remove the vocal cords. The other procedure is performed through the mouth, with the aid of a laparoscope. Both methods are permanent and highly effective. The patients recover quickly, similar to spay and neuter recovery.

Most dogs continue to bark after the surgery, for their behavior is not modified. The only difference is the sound being produced. A devocalized dog’s bark sounds like a whisper-bark; much more quiet. Dogs that have been devocalized are not effected in any way, other than a softer bark. There is no discomfort or undesirable side effects after the surgery. In our area, numerous complaints from neighbors can force someone to give up their dog. I do recommend devocalization when barking must be stopped.

Can a dog be spayed when pregnant?

Q: I wanted to know what the medical pros and cons are to late term pregnancy spayings. Thanks for your help.

A: A spay is an ovariohysterectomy on a female dog. This is a major surgery, removing a large and significant organ. Not only is there significant blood loss and tissue removal during such a surgery, there are also major changes in hormone balance when the ovaries are removed. This is all greatly increased in pregnant dogs that are spayed. Pregnant dog spays take four to five times longer to complete such a surgery, thus increasing the anesthetic risk. The tremendous tissue and blood loss on a pregnant dog spay also causes increased risk, and prolonged recovery. When delivery is an option, it is best to let a pregnant bitch have and wean her litter of pups, then spay her. If delivery is not possible, then the first half of pregnancy is much better than the second half. A canine pregnancy lasts 61 to 63 days. Most pregnancies are not clearly visible in the female until the second month.

Is my cat too old for spaying?

Q: I have an eight year old Himalayan female cat who is not fixed. Is she too old to have the procedure done?

A: Spayed cats are healthier, have fewer medical emergencies and live longer. Spaying is always desirable at any age. The limiting factor is the safety level of anesthesia at various ages. In general, most cats can be safely anesthetized from six weeks to twelve years of age. Many cats are are quite strong at healthy many years past twelve. The best plan is to have your veterinarian examine her and run a blood panel. If all checks out fine, proceed with the surgery. She’ll be happier and healthier in the long run.

My hamster has a huge lump

Q: I’m writing to you about my two year, four month old male Syrian hamster, Frankie, and I really hope that you can help me (I know that he is very old). For the past three months he’s been growing larger and larger, his whole abdomen is very, very swollen and hard, especially his sides, while his head remains little. He has a big appetite but sleeps a lot, but always has been lazy and greedy. I have taken him to two vets who of course were interested when I called and told me they treated hamsters but I left both of them without an answer. They actually laughed at him, because of his funny freakish shape and I am now feeling desperate, I so much want to help my little buddy. He can no longer run fast anymore but still does not seem in any discomfort. I feed him and his brother a very healthy diet of quality hamster seeds, carrrots, cucumber, radishes, tomatoes etc (he only gets a few seeds now) and they both have healthy coats.

A: Hamsters can become obese, but this is usually more uniform fat all over the body, symmetrical and soft to the touch. In Frankie’s case, an abdominal tumor is most likely. Hamsters, like rats and mice, are very prone to cancer. Tumors can get quite large, even doubling the rodent’s weight. Diagnosis can be made by palpation, x-rays and fine needle aspiration or biopsy. Treating such a large tumor is difficult. Surgical removal of such a large tumor would likely be unsuccessful due to prolonged anesthesia and blood loss. Radiation and chemotherapy are out of the question due to fatal side effects.