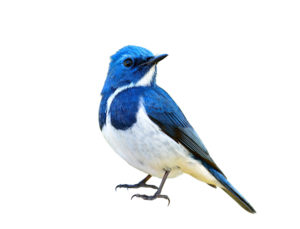 What can I tell from my Amazon’s leg band?

Q: Is there any possible way to find out the age of a Blue Front Amazon? My parrot has an open band. Does this mean that he (she?) is a quarantine bird? If so, is there some place to contact to find out more about his (her?) past?

A: Blue Front Amazon parrots were heavily imported from South America into the United States throughout the 1980s. Many of the importation quarantine stations are in California and Florida. Public protests of the exploitation of birds and wildlife, and motions in favor of the preservation of the rain forests, prompted new federal and international regulations regarding the importation of wildlife. In the early 1990s, the importation of wild Blue Fronted Amazons decreased dramatically.

Because these parrots have beautiful colors, tame easily, and talk well, they became popular pets in the United States. Psittacine breeders quickly discovered the tricks of successful propagation of this species in captivity, and captive raised birds make up the majority of Blue Fronts now sold in pet shops. In general, birds purchased before 1990 are very likely to be imports, and more recent birds are likely to be hand raised.

Leg bands are informative. A round, stainless steel band, with an incomplete circular closure is a quarantine band. It has letters and numbers, such as AGC 289. The letters identify the quarantine station receiving the birds within the United States. The numbers identify which bird in the imported group wears that band. These bands are applied to the wild caught birds when they enter the United States via one of many avian quarantine stations. The bands are very tough, and difficult to remove, so most quarantine birds keep their bands for life. Flat bands can be applied by anyone to any bird, and are used merely for identification. Flat bands can have anything written on them. Welded closed bands are applied to baby birds, and usually indicate hand raised babies of captive bred birds. These bands usually have letters and numbers identifying the breeder, but can have anything the breeder chooses to have imprinted on them.

Breeder band identifications can be traced through local and national bird clubs and organizations. Your local avian veterinarian or pet shop is a good starting place in attempt to track a breeder band. There is not a national breeder band registry. Quarantine bands are applied by the USDA, and are carefully tracked. Such tracking is important, for in case of a disease outbreak, the USDA needs to be able to locate all exposed birds quickly. You can contact your local United States Department of Agriculture, Animal and Plant Health Inspection Service office. They are very helpful and responsive to disease inquiries. They may be less helpful for just curious calls.

Male and female Blue Front Amazons are extremely similar in appearance. Sex determination by a simple blood test is possible by your local avian veterinarian. Surgical sex determination is also possible, but of greater risk to life and more expensive. In general, males have slightly larger heads and beaks, and are more vocal and display oriented than the females.

A: Flying squirrels are rodents from North and South America, and Sugar Gliders are marsupials from Australia, Indonesia, New Zealand and New Guinea. They do not fly, but have the ability to glide from trees. They have membranes of skin between their front and rear legs which form a parachute when they jump from trees. They have large eyes and soft fur, making them appealing to many people. As pets, they are similar to squirrels in behavior, disposition and diet, but are unique in many ways.

Like the ferret and the gerbil, they are illegal to have in captivity in the State of California without a special permit. Non-native animal permits are issued by the California Department of Fish and Game for specific reasons, such as research, education and zoological displays. Sugar Gliders have the potential to out compete the local species of squirrels if introduced into the wild in California. Therefore, the Department of Fish and Game is very careful on allowing these non-native species into the state.

Many Sugar Gliders are kept in California illegally. If discovered, owners of illegal pets face fines, and lose their animals.

Hummingbirds built a nest in my tree. What should I do?

Q: I have a nest under my patio of hummingbirds. I haven’t seen mom hummingbird at all yesterday and she wasn’t on the nest last night. The babies are still alive. Is it common for the mom to leave them overnight when they are so small? I’d say they are probably one week old. Can you give me some information on what I should do? I’d hate to see them die.

A: Hummingbirds usually build their nests on the delicate lower limbs of trees. They build new nests every year, one to two inches in diameter. The nutritional requirements are tremendous for both the parents and babies. The parents spend almost all of their time away from the nest collecting nectar to feed their offspring. At night, the mother is normally found with the young, for they do not fly well in the dark. They are early risers and are active well into sunset. If neither parent has returned to the nest through the night and morning, then something may have happened to them. Baby hummingbirds are difficult to raise by hand. They require special nutrients and temperature fluctuations. It is not as simple as offering periodic sugar water. In our area, rehabilitators specializing in hummingbirds provide a valuable service for the community. Your local Veterinarian, SPCA or Humane Society can help you find your closest avian rehabilitation center.

Why does my fish tank smell so bad?

Q: My concern is with my fish, which are oscars. The problem is the fish tank always stinks. I’ve talked to the pet store they tested my water and it was fine. They told me that they are dirty fish, and if I have them in sunlight which may be the problem. They eat a lot of fish, about 30 in a three day period. After they eat they sit at the bottom of the tank. I always think they are dying. The main problem is they are my husband’s and I’m sick of cleaning out their tank. Do you have any solutions to my problems? Do I need a bigger tank?

A: Because of their fish meat diet and high metabolic rate, fish produce a large amount of foul smelling feces. If your filtration system is not adequate or the fish density is too high, then the smell can reach intolerable levels. Sunlight also alters the algae balance in the aquarium, and can increase the fishy smell. You may consider a larger or more efficient filtration system, that you clean out more often. Try avoiding direct sunlight to lower the algae levels. If all else fails, consider switching to a non-carnivorous species.